A private tour is exactly that – private. It’s just you, me and the sights. Since it’s your tour, you decide what you want to see – the tour is tailored to what you would like to do and see. It may even change on the way, depending on your mood and/or fatigue (jet lag and the heat may hit harder than expected).

The tours listed below are just a small sample of the many tours that I often do. They are by no means set in stone – I like my tours to fit my guests so I always tweak the plan to accommodate personal preferences or needs.

Custom tours is what I do best – tours tailored to your particular tastes or needs. You have a child who is a fan of Percy Jackson and would like a Mythology tour? By all means. Someone in your party has mobility issues? We can work around that, using a vehicle and opting for the more accessible sights. You’d rather avoid the crowds? Sure, there are plenty of options to choose from.

As a licensed guide, I can offer tours in all the archaeological sites and public Museums of Greece; I also offer tours in most of the country’s private museums, with few exceptions (those who have their own guides).

You may read reviews of my work at this blog, on Viator and on TripAdvisor (here and here).

This tour covers the absolute musts for any visit to Athens.

This is an extension of the Must-see Athens tour, with the addition of

This is a tour which focuses on the Athenian Democratic system, it’s history, evolution and peculiarities. It includes:

The tour may be extended with a visit to the Kerameikos (where Pericles gave his famous Funeral Oration) and/or the Epigraphic Museum (which houses inscriptions pertaining to the Athenian democratic system).

For Paris it’s the Eiffel Tower. For Athens its the Acropolis (plus a few other sites included in the Must-see Tour). But what happens if you’ve already seen the top sights or you simply fancy doing things differently?

There are several options to choose from:

This may taken as an extension of the Must-See Athens Tour. Before or after visiting the Acropolis (depending on the weather and time of day) we visit the theatres of Dionysus and Herod (no relation to the Biblical one), telling how ancient drama evolved, in relation to the historic and social circumstances of the time. A reading of selected excerpts may take place.

In the summer months, tickets may be reserved for a performance in the theatre of Herod, still in use.

This tour places an emphasis on Ancient Greek art.

New Acropolis Museum: the Western Pediment of the Parthenon, showing the contest between Athena and Poseidon. Behind the pediments badly damaged statues, the temple’s metopes and frieze are also exhibited.

Plaka Tour
Plaka is the “old city” in the heart of Athens. Its monuments span a few thousand years, from prehistoric to modern times. This tour can be an extension of the Must-see Athens tour, or can be taken separately, by those who have already seen the top sites. 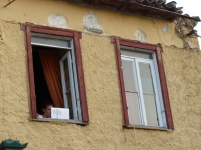 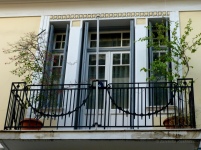 A walking tour in downtown Athens, taking in the most important buildings of the 20th century in the city. A running commentary of recent Greek history is offered, upon request. The tour may be extended with the use of transportation.

Athens View Tour
A walking tour of the hills around the Acropolis (Philopappou and Pnyx) to enjoy the full view of the city, from the sea to the mountains where the marble that built the Parthenon was quarried. We will also talk about the monuments found on these two hills, plus those we can see below.

Cape Sounion is the tip of Attica, the peninsula where Athens is located, famous for its Temple of Poseidon, marvelous views of the sea and stunning sunsets.

A late tour is recommended, timed to coincide with the sunset.

Marathon is the site of one of the most important battles of antiquity, one that perhaps determined the future of Europe.

The tour includes a visit to the monument and museum of the site, plus an analytic description of the battle and the surrounding history.

A tour which places emphasis on the myths associated with the various sites and landmarks of ancient Athens. It includes:

During the visit the myths associated with the sites are narrated.

Jewish presence in Athens dates from as early as the 3rd century BCE, probably even earlier, but few Jewish monuments survive to this day.

Note 1: I’m not Jewish and my knowledge of Judaism is fuzzy at best, so I will limit myself to providing the historic and social context of Jewish presence in Greece.

Note 2: This tour may be taken as an extension of the Plaka tour.

Centuries of Ottoman occupation endowed Athens with several structures which were nearly all destroyed in the Greek War of Independence.

The tour includes what remains:

Note 1: I’m not Muslim and I claim no knowledge of Islam, so I will limit myself to providing the historic and social context of Muslim presence in Greece.

Note 2: This tour may be taken as an extension of the Plaka tour. 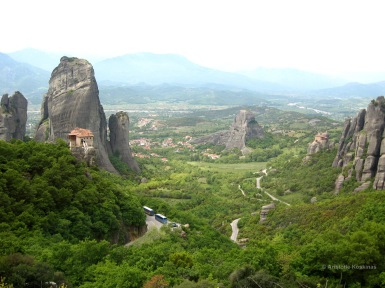 The same rocks, from a different angle.

The tholos at Delphi

The Palaistra of Olympia in spring.

The tours available for the Mainland are just too many to list here. Please contact me for details at arkoskinas@ymail.com. They may include any of the following:

The Aegean sea as seen from a ridge in Ikaria, Greece. From here. 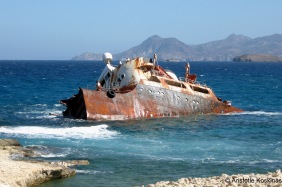 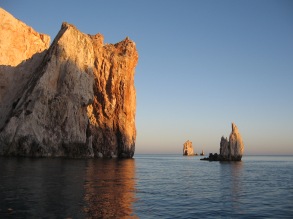 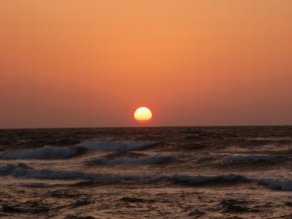 The tours available for the Islands are too many to list here. Please contact me for details at arkoskinas@ymail.com. They may include any of the following: