This is not just another viral videoclip; it was filmed by volunteers and shows people dancing in various corners of the world, in an endeavor to convey a message of love and brotherhood. 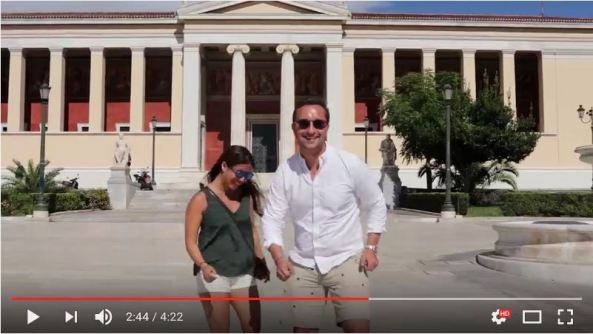 As an Athenian, I’m naturally proud. But as an archaeologist and a guide, I know that such shots on the Acropolis are strictly forbidden, unless a special permit has been granted. I want to believe that the Acropolis dancers had such a permit; anything else would mean that the guards must have been less than vigilant.

Note: The videoclip, on music by Justin Timberlake, can be seen here. The images are just screen capture of videoclip moments. All rights belong to their authors.