Delos is a small island in the centre of the Aegean. In antiquity, it was believed to be the birthplace of the god Apollo; later, in the 2nd century BCE it became a thriving trading centre. Today it is a major tourist attraction.

Where hundreds of wooden merchantmen unloaded goods from all over the Mediterranean, now modern craft unload tourists from all corners of the world.

Some of them can be rather original in their choice of means of transportation – my attention was captivated by these visitors, who would not part with their car.  They managed –somehow– to load it on their sailboat and brought it all the way to Delos, even though no cars are allowed on the island. The reason? Still a mystery to me… Perhaps the oracle of Apollo could shed some light into it. 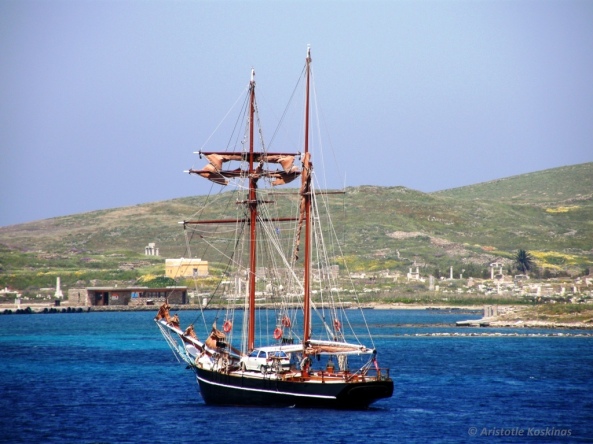