Ι have to admit something: I haven’t seen The Game of Thrones yet, despite the fact that I like heroic fantasy and science fiction. I’ve even been known to “spin my own yarn” from time to time – something I used to do more often, and still do sometimes, mostly for my children.

So, when I read in the news that the producers of the series were considering Greek locations for the next season, I was thrilled. I’ve always believed that the Greek landscape’s amazing diversity has so many dramatic or picturesque spots, it is a treasure trove for film locations.

Besides, I knew that Greek locations (Meteora) had already been used as backdrop for some of the scenes of the series. What more natural than to film the series right here?

Tyrion Lannister and his jailer, Mord, in a cell of the Eyrie. The backdrop is a photograph of Meteora. Image from here.

The same rocks, without clouds on a spring day.

So you can imagine my disappointment when I read that this will never come true, due to the famous Greek bureaucracy providing who-knows-what glitches. This is not the first time such a thing happens, either.

It is such a shame to think that striking Greek spots remain in obscurity, when they deserve to shine. And it is a greater shame still that other locations get the publicity, tourism and revenue that Greece sorely needs, and could have, if not for a lack of policy (or motivation) by the Greek Ministry of Tourism.

But enough said. Let me show you a couple of images of Meteora first …. 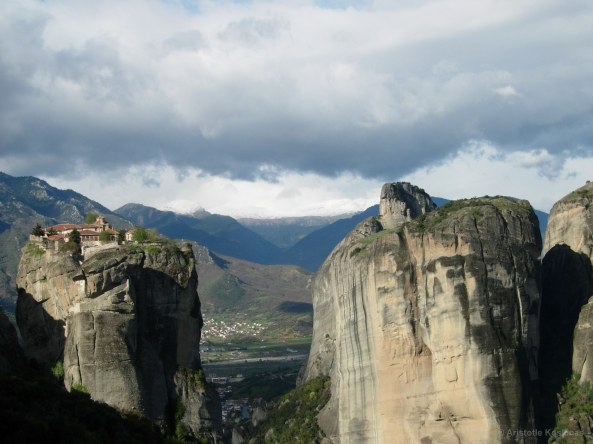 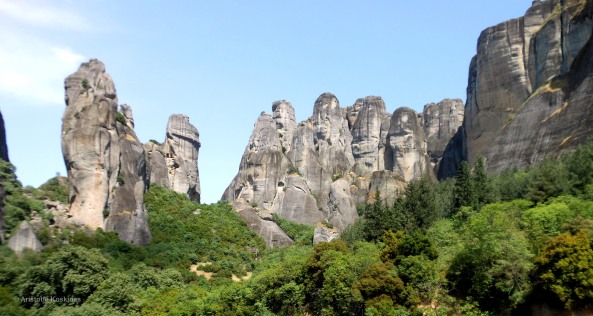 The Aegean sea as seen from a ridge in Ikaria, Greece. From here.